You are here: Home / Instrument / The Omstrument – What a Unique Instrument 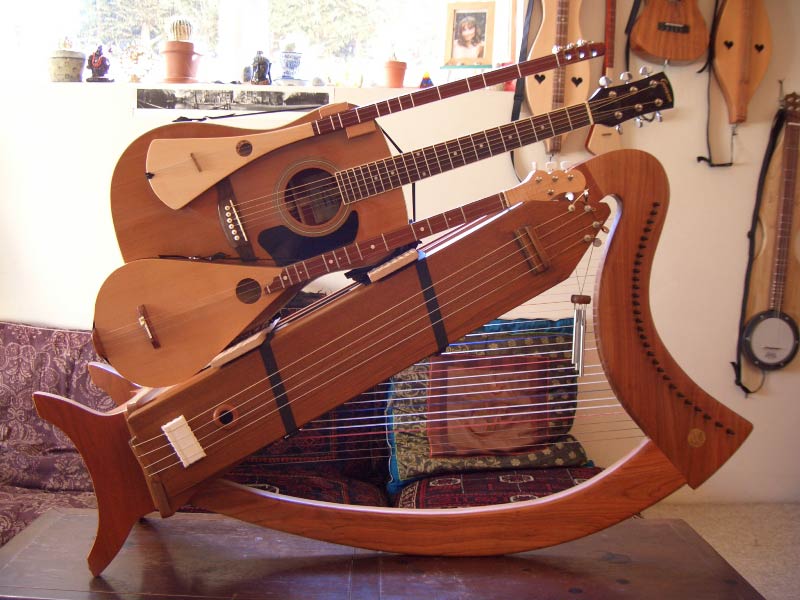 What do you get when you combine a harp, a tanpura, a dulcimer, a guitar and a strumstick?

The Omstrument, of course. What else? 🙂

This is one of the most creative as well as beautiful instruments I’ve seen. But before I focus on all the good stuff that I like, let’s get the negatives out of the way first.​

Imagine preparing for an important performance or recording session – where you really need/want to sound your best. I already procrastinate when it comes to changing strings on my guitar. The mere thought of having to change 46 strings gives me nightmares.

String instruments get out of tune. Period. Nothing you can do about it.

The more strings you have to deal with, the more you need to fiddle with keeping them in tune.

Looks like a beast to carry around. I guess it’s time to exchange my Ferrari for a Minivan.

Do you see the smiley? That means that I was just joking – just to be clear, I don’t have a Ferrari - yet.

Enough of the whining already – onwards to the good stuff!​

I don't know about you, but to me the Omstrument scores big time in coolness. It's original, unusual, exotic. And there's enough guitar-shaped instruments assembled to get my fingers itching. Just from looking at the thing.

Now wait a second. Wasn't that one of the bad points already?

Yes, it was. Thanks for your attentive reading. But besides the negative aspects already mentioned, there's the sound and the possibilities you get with 46 strings.

A symphony of resonance, vibration and tonal colors.​

Check out the inventor Jack Haas playing one of his compositions:

Big thumbs up from me for the creative fusion of string instruments. The beautiful sound alone would be worth any inconvenience.

Maybe you have a few unused, old instruments collecting dust in your attic. Why not build your own version of an Omstrument?

Have you seen any similar or other unusual instruments? If so, please share your findings in the comments below.​ 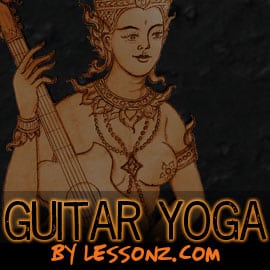